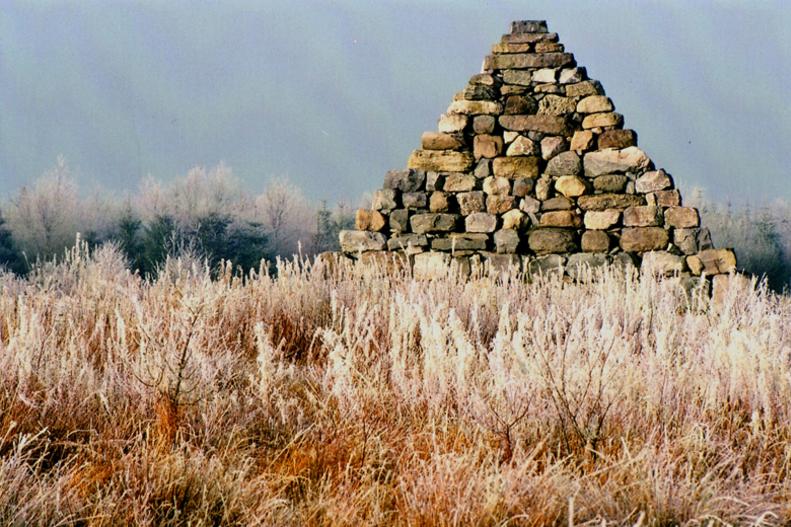 I have always wanted the opportunity to make a large work in the landscape. The idea of a pyramid was one, which evolved during visits to the site and discussions with Bord na Mona about the materials available in the area.

Our work is a stepped pyramid, eight metres wide and 6 metres high. It is made from unmortared glacial stone, which has been enshrouded in the growing bogs until revealed once more during peat harvesting. The pyramid is one of the most stable structures and has resonance with previous times and cultures. 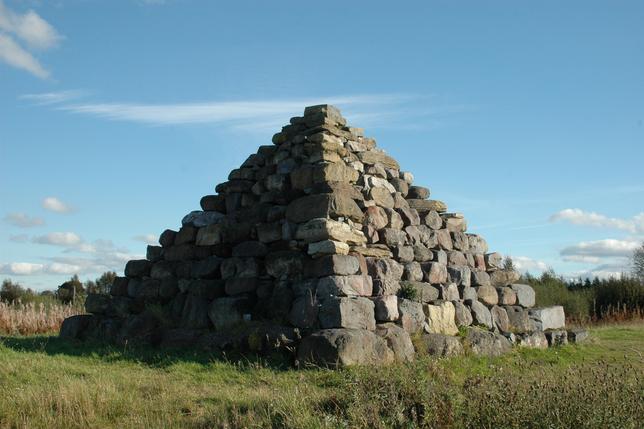 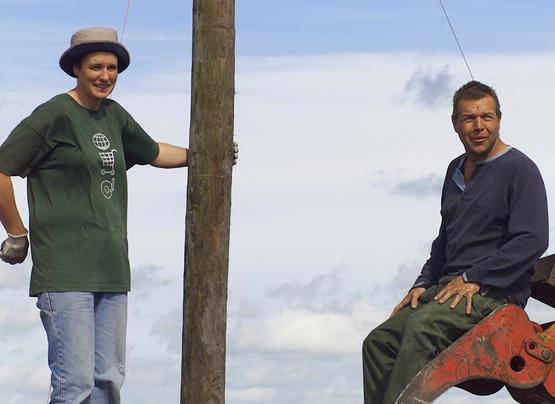