Having grown up in the area, my abiding memory is of the machines that Bord na Mona brought in to work the bogs: the ditchers, ridgers and trains. Looking at a line of peat wagons, flat on the horizon, I decided to take this image and commemorate it by translating it into a sculptural context- using Bord na Mona trains and wagons in a different plane- hence the introduction of the rainbow curve.

To emphasis the train going up into the sky, ditcher wheels were introduced to form tunnels in the supporting mound so the light can be seen through it. The engine is a “Rustin”. One of the oldest models and the wagons are of the open creel type, reminiscent of the creels used to carry turf on horse or donkey.

This piece is a celebration of Bord na Mona machines and the men who operated them. 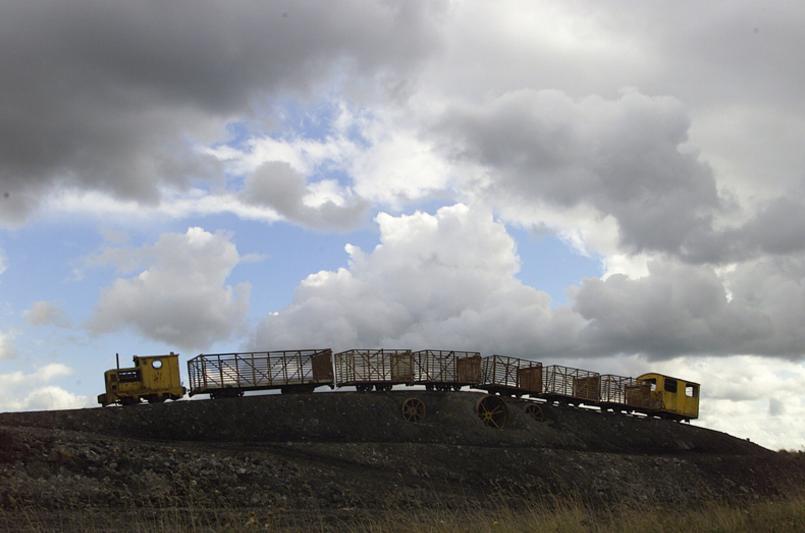 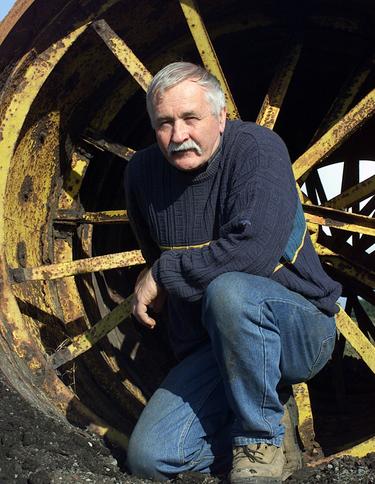