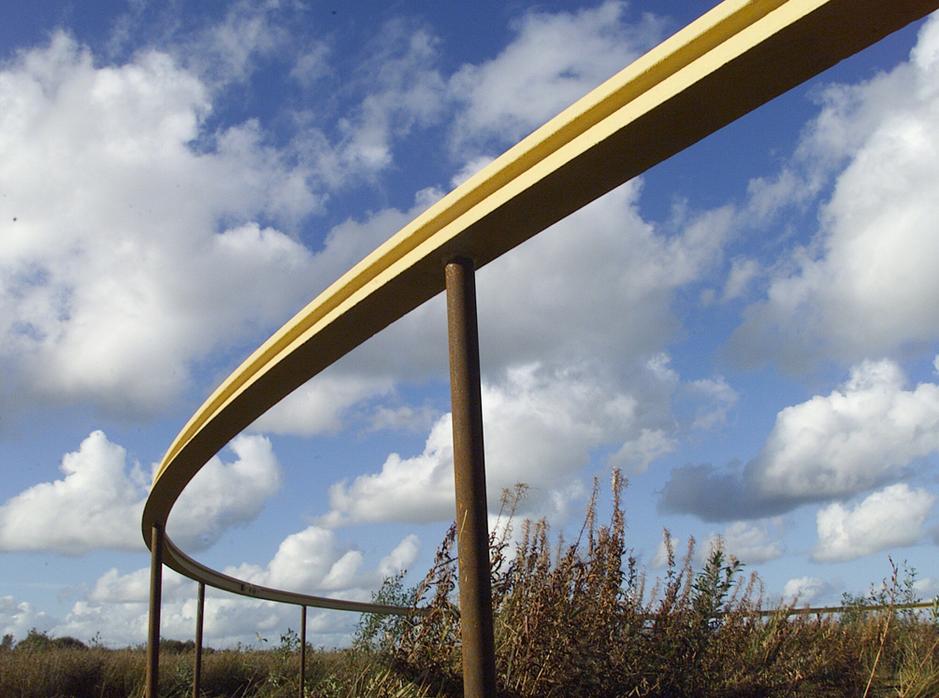 Hundreds of miles of rails traverse Ireland's bogs as narrow-gauge locomotives go to and fro, pulling long trains of turf wagons to power stations. Maurice MacDonagh’s Raised Circle, fabricated from this narrow-gauge rail, floats one metre above the landscape. The rail is painted “Bord na Mona yellow”, which is found on everything from locomotives to turf harvesting machinery. This yellow circle floats above the ever-changing plant-life of the cut away bog, often disappearing during the summer season and re-appearing during autumn.