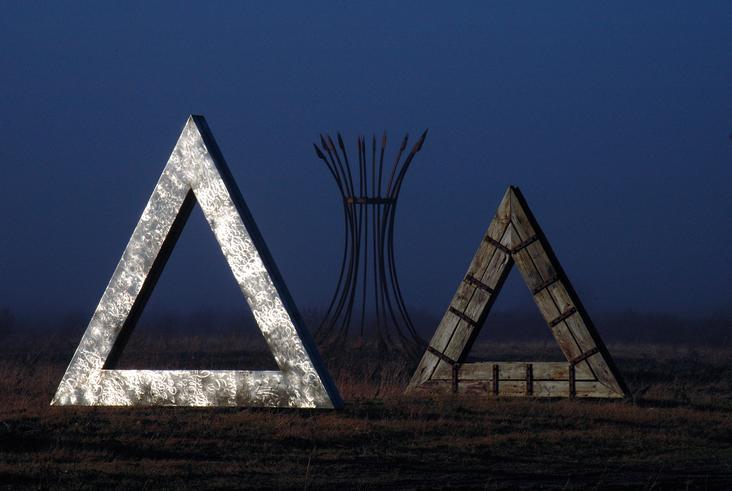 While walking in Boora on a winter’s afternoon, I was fascinated by the strong directional light and the shadows it cast on this unencumbered landscape. I decided to use a series of equilateral triangles of decreasing size that would cast shadows on the landscape and interact with each other as the sun moved during the morning and evening hours.

The sculpture was fabricated from materials long associated with the industrial heritage of the cutaway bog- railway track, railway sleepers and steel plate. Two of the triangular forms were made from oak sleepers bolted to a steel armature; the sleepers were recently removed from a disused bog train railway line laid in the 1950’s. The wood triangles symbolised the old use of the bog. The centre triangle was made from stainless steel and symbolises the new use of the Parklands. The triangular icons are held in place using railway track, which once facilitated the movement of peat to the Ferbane power station by the bog train. 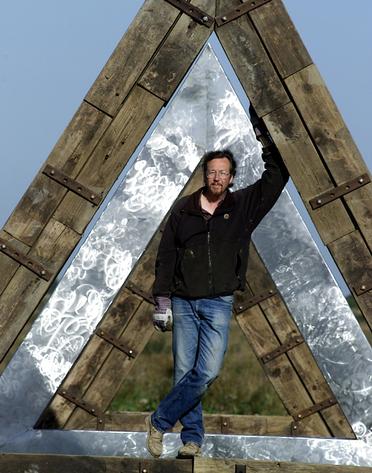 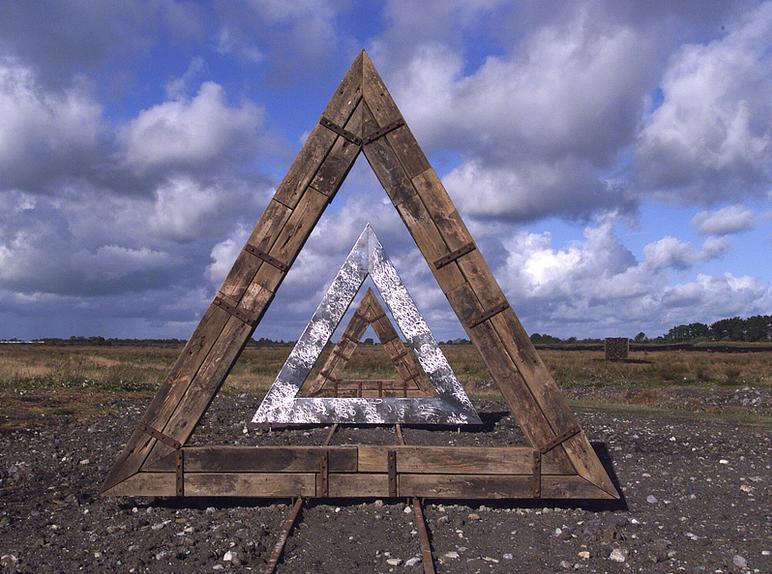