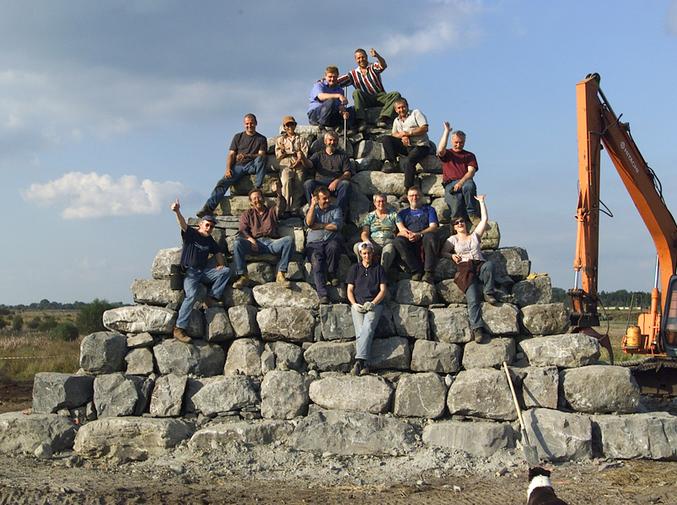 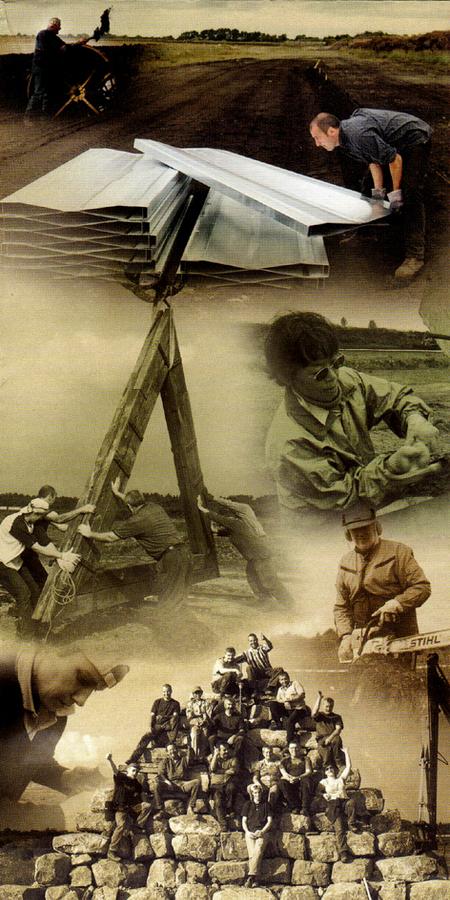 
In September 2002, Irish and international artists were invited to create large-scale works of art during an international sculpture symposium at Lough Boora Parklands.

The aims of the symposium were:

To bring together Irish and international artist to create a series of land and environmental art using the natural and industrial materials associated with the working of the peatlands.
To highlight Lough Boora Parklands as a creative resource of national significance.
To build an awareness of the arts within the community, educational institutions and business community through public interaction and participation during this dynamic international event.

The sculpture symposium concept was proposed in 2001 during discussions between sculptor Kevin O’Dwyer and Bord na Mona land manager Tom Egan at the Offaly Heritage Forum. The idea was proposed to Lough Boora Parklands Group and Bord na Mona as an opportunity to highlight the Parklands as a creative resource. With the support of these organisations Kevin O’Dwyer proceeded to invite artists to participate in the symposium. O’Dwyer believed there were a number of criteria that were important for the success of the symposium. They related to artistic ability, experience with making large-scale works of art in the landscape and the capacity to work together over a three-week period. Artists selected were:

The artists worked with Bord na Mona employees during the symposium and created eight large-scale works of art in the landscape. The project would not have been possible without the vision and enthusiasm of the artists and the Bord na Mona employees involved. A special mention goes to Tom Egan, Seamus Barron and Liam Fox of Born na Mona, Lough Boora Parklands Manager Sharon Parr and Project Manager Ruairi O’Cuiv.