For three weeks this summer Patrick Dougherty will be artist-in -resident at Lough Boora Parklands, Co. Offaly. Patrick and his band of helpers will twist, weave and entangle hundreds of willow saplings to create a monumental sculpture for Sculpture in the Parklands.
Spanning more than two decades, internationally acclaimed artist Patrick Dougherty has created over 200 large-scale temporary sculptures worldwide. Since creating his first sapling structures in 1982, the artist has travelled throughout the world to create large-scale temporary installations for museums, sculpture parks, botanical gardens, private residencies and festivals. His environmental sculptures have been seen climbing the sides of buildings, finding shelter among a row of trees or winding up the banisters of Museum foyers! Travelling to new sites, meeting the local community and creating a unique work of art inspired by the natural and man-made environment of the area are important aspects of his artistic practice.
Dougherty uses only natural materials for his installations. Over ten tonne of willow saplings will be harvested to create this large-scale installation at Sculpture in the Parklands. Eight craftsperson’s will work along side Dougherty to create one of his largest sculptures to date. Everyday during the construction the sculpture develops and takes on new characteristics that slowly evolve into a finished piece.

David Bellamy will launch the exhibition on Sunday, June 8th at 6pm. Exhibition will be open to the public from June 9th to July 11th.

An evening of original music, video and poetry inspired by the rich cultural  heritage of the boglands. Special delegate performance Tuesday, June 11th at 7.30pm

As part of the International Peat Congress arts programme Sculpture in the Parklands has commissioned film maker Grace Weir and composer Adele O’Dwyer to create original works of art in response to the unique landscape and industrial heritage of the cut away bog. The commissioned works will be premiered at a special delegate Arts Night on Tuesday, June 11th at 7.30 pm.

Grace Weir’s film looks at the subjective aspect of staking a path for the gathering of information and explores the alignment of an actual experience of a place with scientific facts about it. Lough Boora Parklands are man-made but re-sown with nature and oscillate between a planned and executed project and something uncontrollable and wild.

Adele O’Dwyer’s original music composition for quartet is entitled “Black is the Earth” and inspired by “the long history of the peatlands-it’s extensive change over time and the cyclical nature of a process that spans thousands of years.”

Actor and poet Tommy Murray, accompanied by traditional Irish musician Irene Guckian, will weave poetry and prose inspired by the peatlands throughout the evenings performance.

The official launch of Patrick Dougherty’s monumental sculpture commissioned by Sculpture in the Parklands will be launched at the Visitors Pavilion at 3pm. A special reception for the artist will be held at Teach Lea from 4.30 pm. All are welcome to meet the artist and enjoy the evening. 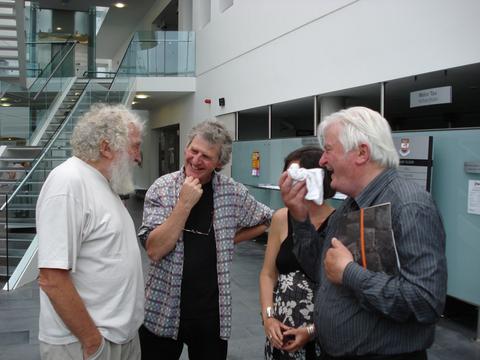 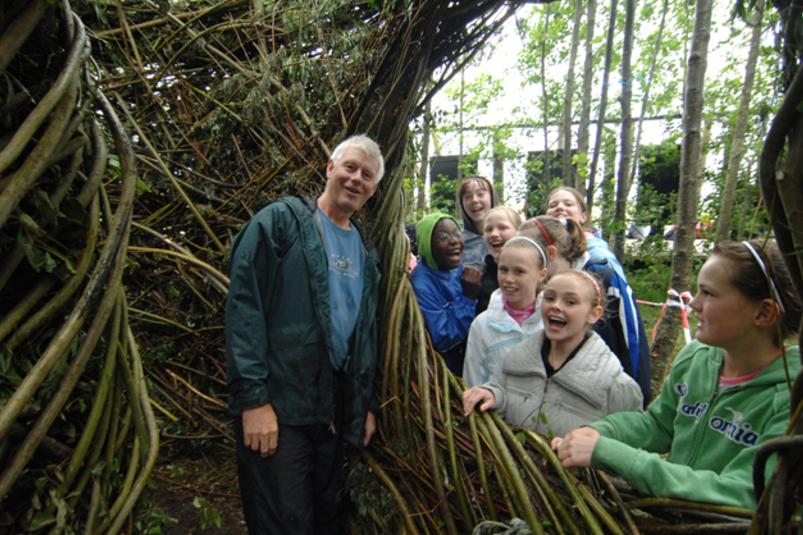 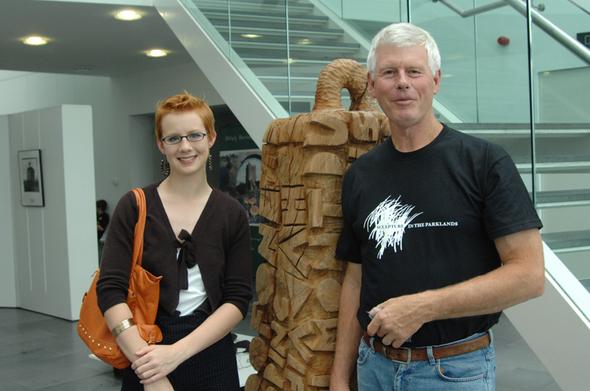